Chatbots: a real innovation or just a fad?

A new wave of chatbots has been sweeping into the digital marketing world over the last few months. Is this intelligent software, which is able to simulate conversation, the future of customer relations? We look at both the buzz and the reality to report on this much-trumpeted “revolution”.

On 12 April 2016, during its annual developers’ conference, Facebook announced its ambition to make its Messenger service the communication channel of choice between consumers and brands. To do so, the social network is counting on chatbots: programmes which use artificial intelligence and can hold a conversation with a human.

Within a few months, Skype (Microsoft), Slack , Kik, Telegram and Twitter had all jumped on the bandwagon hurtling towards this new El Dorado and Google is currently working on the idea. As for China, the Silicon Valley dreams of replicating the success of the WeChat messaging service, which has become the main way for Chinese consumers to contact brands and access digital services, after a platform allowing businesses to create chatbots was launched in 2013.

Currently tens of thousands of developers are working hard to create new chatbots, with huge numbers expected to be produced. And many advertisers are rushing to be part of this new channel which may be today’s sign of modernity, but is tomorrow’s essential customer relations tool…

However, the concept isn’t new, as it actually dates from the 1950s. Its current high-profile return rides on the coattails of two big trends: the recent progress made in artificial intelligence and the success of mobile messaging apps.

Essentially, chatbots identify keywords and formulate pre-recorded answers. These automated conversations are based on simple, predefined scenarios and don’t lend themselves to interpretation of any kind.

But thanks to advances in artificial intelligence, robots are understanding natural language better and better. Supervised by humans, they are even developing the ability to learn, meaning that they can better analyse messages… They will soon be able to “invent” answers to more complex questions.

Their comeback is also due to huge progress made in instant messaging app development: the chatbot’s ideal self-expression ground. Facebook Messenger has just reached one billion users and, according to Activate, messaging service audiences will jump from 2.5 billion people in 2015 to 3.6 billion by 2018.

Many people therefore expect that consumers will  prefer to use messaging apps as their main way of contacting brands, instead of email, phone and mobile apps. Even Ted Livingston, boss of the Kik messaging service, says: “Messaging apps will become the new browsers and bots will be the new websites”.

This solution offers a range of benefits, especially simplicity. It would no longer be necessary to call customer services, go to a website or download a new app. The user can contact the brand directly without leaving their smartphone messenger. A text command is enough to find out about traffic conditions or the weather, order flowers or a pizza, book a taxi, or reserve cinema seats or a plane ticket.

When its bot platform first opened, Facebook Messenger launched a first testing phase in the United States with some thirty partners including Bank of America, CNN, eBay and Burger King. H&M, Sephora, KLM and Voyages-SNCF were also among the pioneers, as were Meetic, Uber, 20 Minutes, Switch by Axa, Digitick, Orange and BlaBlaCar in France.

Voyages-SNCF’s experience is certainly one of the most successful so far. Since April 2016, when a traveller confirms their online purchase, the brand suggests they track their order directly in Messenger. They receive a notification and their travel information, can contact customer services…

And when they ask a question which the bot can’t answer, an adviser takes over. Since September, it has even been possible to order a ticket through a dialogue with the chatbot… But it’s not yet possible to finalise purchases as payment is not yet available on Messenger in Europe.

For companies, messaging apps represent a new communications and distribution channel, allowing them to reach a large audience. It’s all about being wherever their customers are, especially the youngest.

As for chatbots, they open up new opportunities for relationship marketing, community management, pre-sales and after-sales customer support, as well as e-commerce. “Conversational business is coming, and faster than it may seem,” says Valentin Blanchot, founder of Siècle digital.

The aim of chatbots is to improve the customer experience by simplifying steps and providing a response in real time, 24 hours a day and 7 days a week. In the first instance they deal with FAQs, but can also offer more complex services such as order tracking or help with resolving technical problems. This means that human customer service advisers no longer have to carry out such tasks.

AN EMERGING TECHNOLOGY WITH A PROMISING FUTURE

For now, interactions on the first chatbots are often limited to a choice between several answers. We are still some way from a real conversation. This is an emerging technology which will develop as artificial intelligence progresses.

It is perhaps too early to say how it will actually be used. It is also too early to predict the end of apps or search engines. “We are at the dawn of a new way to interact with the consumer,” summarises Renaud Ménérat, president of the Mobile Marketing Association, “A new blank page has been turned over, and everyone is having a good think about what to write”.

If you have enjoyed this article, you might be interested in our white paper “Everything you need to know to boost your digital campaign performance”. You can also discover our performance marketing solutions or contact us to find out more!

Mobile World Congress 2017: Kwanko will be there! 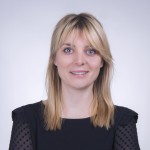 Why has retargeting become a key e-commerce strategy?